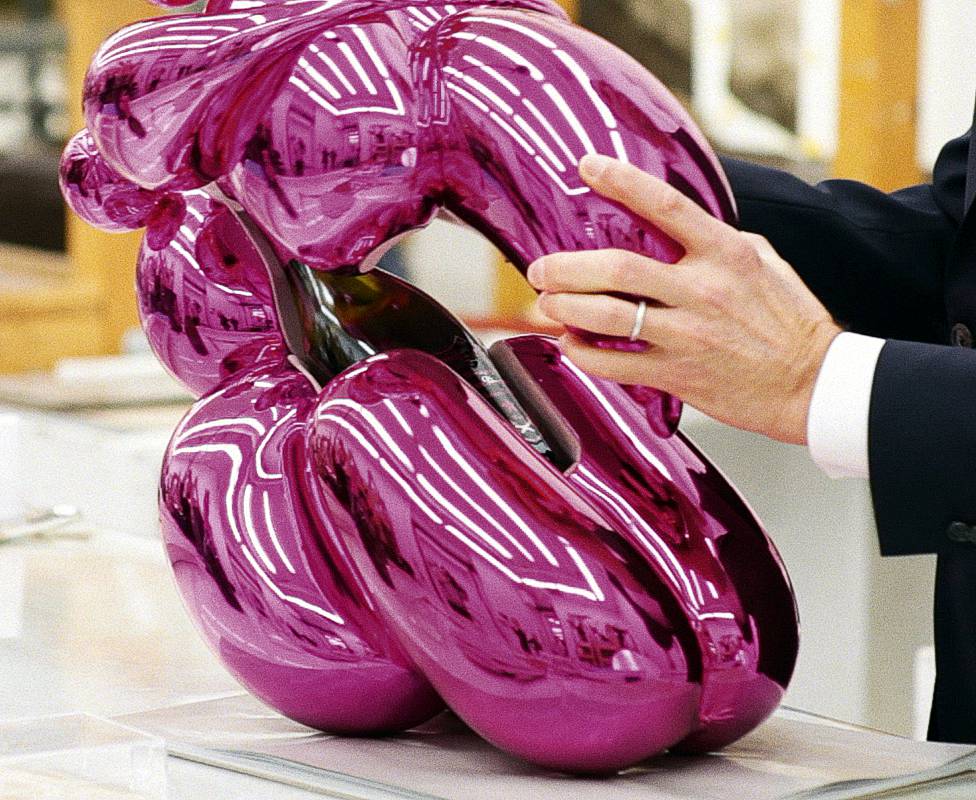 From the studio of Jeff Koons. In the middle of the sculpture you find a bottle of Dom Pérignon Rosé 2003, designed by himself.

Let us begin our journey in art with #3 on the most expensive works of art this week: the sculpture "Balloon Dog" by Jeff Koons brought 58.4 million U.S. $ at auction by Christie`s in New York. This is the highest price ever paid for a sculpture of a living artist. Champagne lovers is the name currently more than familiar, as Dom Perignon has launched in time for Christmas a special labeling and packaging of Jeff Koons for the Rosé 2003 and the 2004 Blanc. Under the title "Balloon Venus" he created an artwork very similar to the Balloon Dog in bright pink. 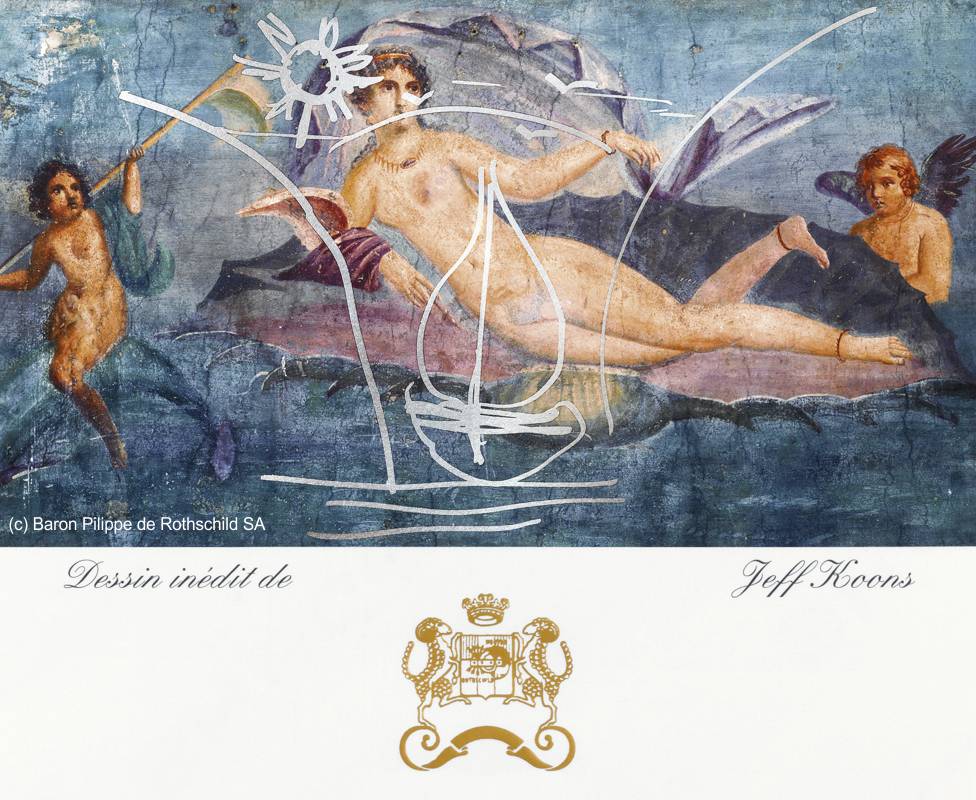 Already for the 2010 vintage Mouton Rothschild asked Jeff Koons to design the label for this magnificent vintage.

Just one year ago Mouton Rothschild released its label designed by Jeff Koons for the superb vintage 2010. The basis for the 2010 label is the Fresco "Birth of Venus" from Pompeii. Koons added a vessel in silver color below the Venus and a sailing ship that could sail along the Gironde, while the vessel is ready to receive the precious wine. No doubt: Jeff Koons has arrived at the zenith of his fame and currently is the most expensive living artist on earth. 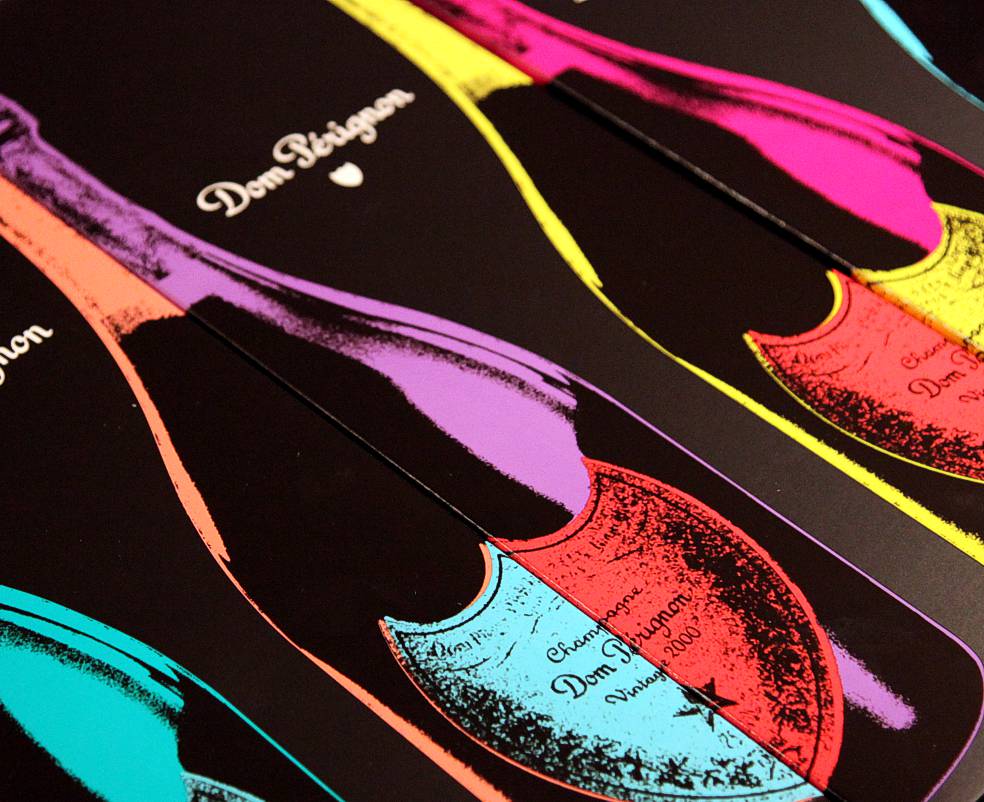 The self-confessed lover of Dom Perignon, Andy Warhol, did not design the label himself, but it is kept in his typical colored schemes.

Also the number two of the most expensive auction prices is no stranger to champagne lovers and for sure one of the most famous artists of our time: Andy Warhol. His work "Silver Car Crash (Double Disaster)" from 1963 recorded at Sotheby `s more than proud U.S. $ 105.4 million. It was again the house of Dom Pérignon, which equipped the 2000 vintage with a special label in Andy Warhol style just two years ago. Decorated in different colors the labels adorn extremely popular collector`s bottles today. 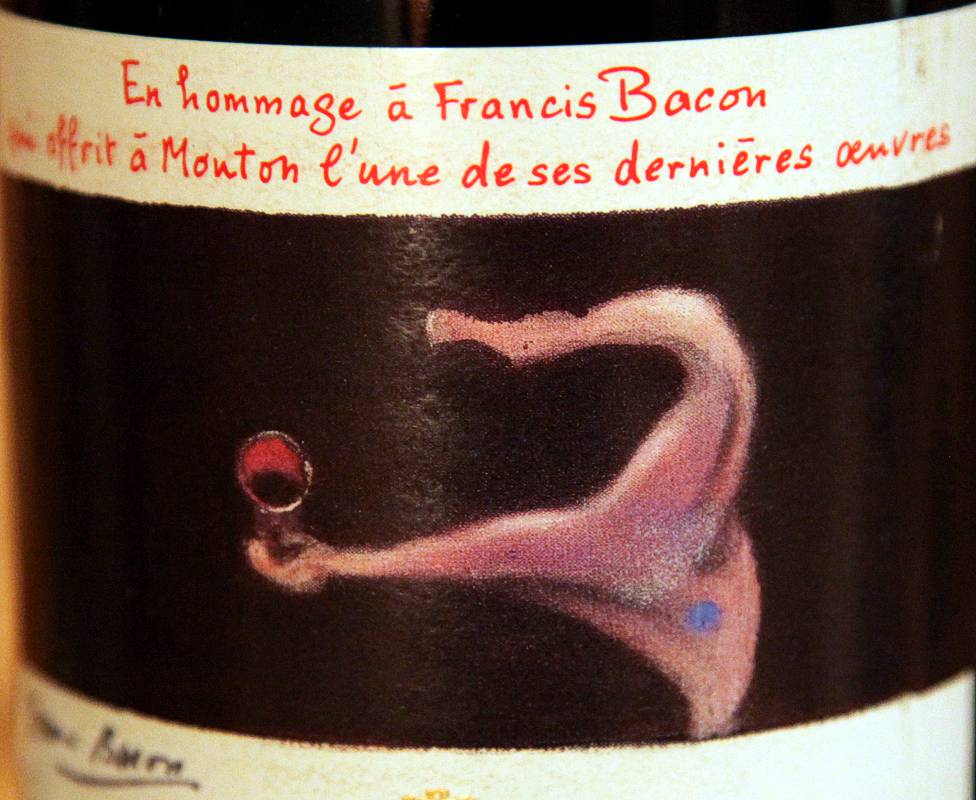 The Label of the 1990 vintage designed by Francis Bacon.

The highest price in this remarkable art auction week posted a painting by Francis Bacon. An unknown collector paid at Christie`s in New York, including buyer`s premium, 142.4 U.S. $ million for the triptych "Three Studies of Lucian Freud" from 1969. On three images Francis Bacon was portraying his friend Lucian Freud, who is also a famous painter. The auction price marks a never achieved record price for a painting. Both Francis Bacon and Lucian Freud are found - like Jeff Koons and many other important artists - on the label of Mouton Rothschild bottles.

Francis Bacon, who died in 1992, designed the label of the 1990 vintage, really a great Bordeaux vintage. Only Mouton Rothschild did not really succeed in this wine. The dark background of this image is in sharp contrast to the bright, cheerful label of Lucian Freud showing a zebra and a small palm tree. Also the 2006 vintage is a contrast: in fact a weaker vintage but Mouton could produce an excellent wine, certainly one of the best Bordeaux wines this year. For Mouton it was a year of significant quality improvements through the introduction of seperated vinification of the different plots which has become a standard everywhere today. 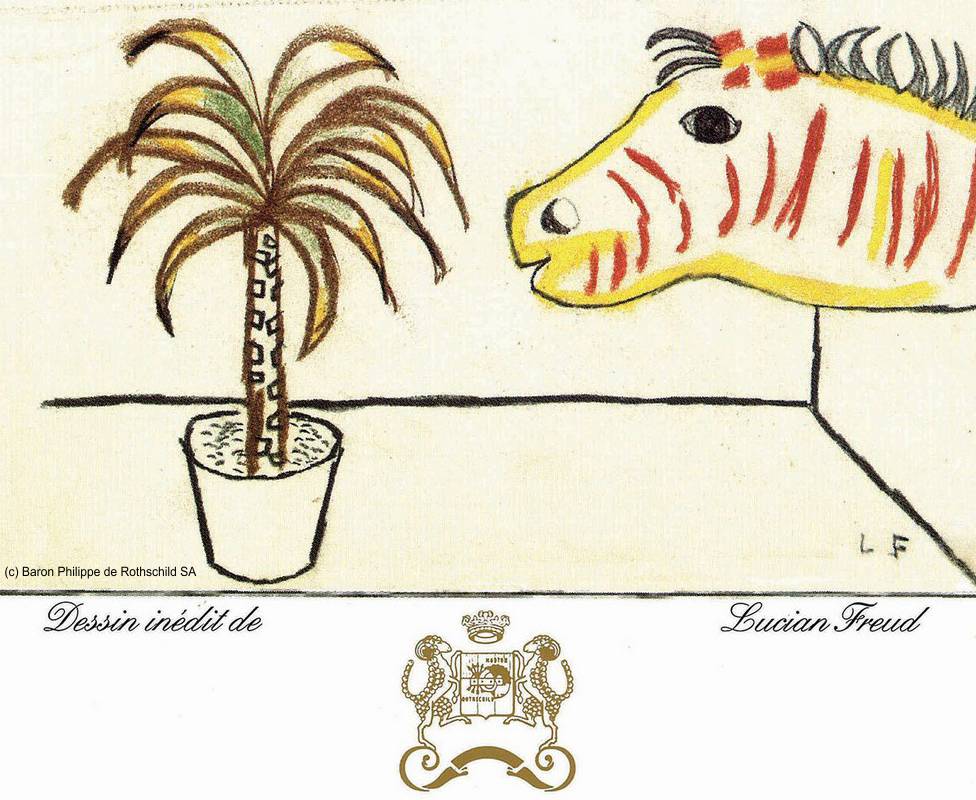 The label of Mouton Rothschild 2006 designed by Lucian Freud. 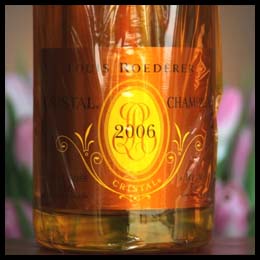 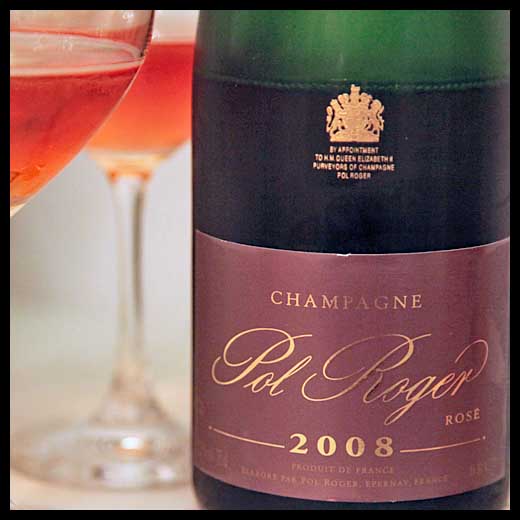 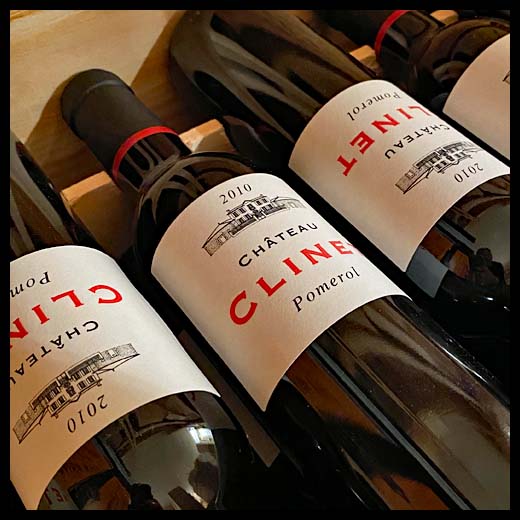